The longest pier in the World!

Posted by Krukarius on 2 August 2017 0 Comments 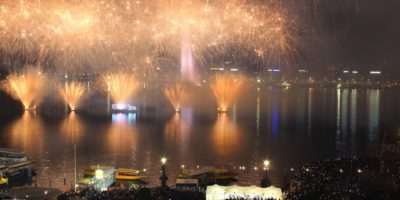 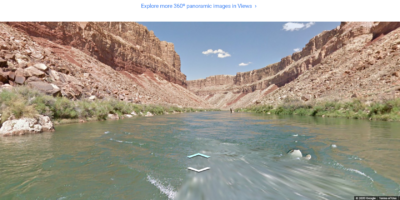 The longest pier in the World is located in Southend town (Southend-at-sea) in the south-eastern part of Britain. This Landmark is extending 2,16 km into the Thames Estuary.

The pier has been built in the XIX century. First, it was a wooden pier, next to an iron pier, opened in 1888. The reason is that the pier in Southend was built as a tourist role in the town. The government was afraid, that many ships will not dock in the town, because of the large mudflats, that recede over a mile from the beach at low tide. All ships would go to e.g. Margate because there were much better docking facilities.

The story about the longest pier in the World told me about my good colleague from my previous work – Currel Ryan, an English young geographer, who knows many interesting places, especially in the southern part of the UK. He showed me this landmark on Google Earth (Pic. 1) and encouraged me to go there. Because I like watching remote objects and mountains I thought, that it would be a very nice place to see the London skyscrapers and the whole Thames Estuary from there. Pic. 1 The Southend pier, the longest pleasure pier in the World.

We went to Southend for a long weekend last year. Late August is the best moment to go to the seaside, because of the highest temperature of the water, which raises up to 20 deg in this part of the North Sea. Pic. 2 The Southend beach with a view of the pier.

We came on Saturday before noon, during the high tide. After a few hours, during the low tide, the water disappeared. In spite of the sunny day, we couldn’t enjoy the sea. Water was nearly 1 km ahead and it wasn’t sweet to go there… Pic. 4, 5 The Southend beach panorama from the Thames Estuary during the low tide.

The area near the beach during the low tide is filthy. It may discourage people. A beach bedding is filled up with sharp seashells surrounded by mud and algae. In my opinion, the Southend beach isn’t worth seeing. You can enjoy it during the high tide only.

Let’s see on the pier now. When you come through the Thames Estuary during the low tide you are nearly halfway to the end of the pier. Pic. 6 View to the Southend pier head from around 1 km distance.

If you want to visit the whole pier you need to pay 4 GBP for admission to the shoreward end of the pier. I think, that this price is worth visiting the best place in the whole of Southend. It will compensate you’re staying after “enjoying” a sludgy beach. Pic. 7 The Southend pier may even boast a rail station! It is unfortunately out of use now.

One of the impressive things, which may remain for long in your memory is a railway, which leads from the shoreward head. This is a nice narrow-gauge railway, which operates every day when the pier is open. Pic. 8 View on the Southend pier’s head from the lifeboat station view terrace. The most prominent object is the Royal Pavilion, which houses a small sailing exhibition. Pic. 9 View on the lifeboat station.

The lifeboat station uses two boathouses due to the large tidal range and extensive drying foreshore. Pic. 11 View on the opposite side of the Thames Estuary. Pic. 12 Inside the pavilion, you can find some symbols and mocks-up in terms of sailing. Pic. 13 Stairs to the lower level of the pier. Pic. 14 Main part of the Southend pier just before the head.

The base of this pier contains iron piles and supporting girders. The iron construction keeps the wooden footpath. Formerly this object was wooden but was destroyed by fires. Fires were quite often on this object. Recent fire burst in 2005. It was an accident. Because all leisure objects on the pier are located quite far from the shore and the town, there are not easily accessible by fire brigades. Hence, fire may spread over the whole object and destroy it. Pic. 16 The Southend pier on the WGS 84 map (Ordnance Survey). Reference grid rectangular 2 km x 1 km. Basically, the pier has been built on the wide Southend Flat with a maximum depth of around 1,5 m during the low tide. Pic. 17 View on the longest pier in the world from the Southend bank.

There are no other interesting places to see in Southend-on-sea. This is a typical English seaside resort. You can find here a lot of shops and leisure spots like a funfair. Pic. 18 View on the Southend funfair with the pier beyond.

Southend-on-sea, commonly referred to as simply Southend is situated on the escarpment, which offers an excellent view of the Thames Estuary in places between the building and trees. There is no viewpoint in the town. One place, which offers you a good view of the Thames and pier is the view terrace just above the western esplanade (Pic. 17). A few hundred meters west there is a Cliff Railway, which may help you to get on the top of the escarpment.

I have not seen the London skyscrapers from there. I wouldn’t spot it from the pier, due to the thick haze. The next day the visibility improved, I tried to spot it from the escarpment, unfortunately in vain. I could see the whole Thames Estuary rather than London. I can admit, that it doesn’t look very well during the low tide. The period with low water levels attracts people, who want to straddle with a dog or fly a kite. Pic. 19 Thames Estuary during the low tide. There are a few tidal footpaths lead onto the water. Pic. 20 The Thames Estuary during the low tide with Canvey Island and Coryton Oil Refinery beyond. Pic. 21 The tide is getting high on the Thames Estuary. View from the top of the Cliff Railway.

To Southend is best to go from London by train. A few kilometers outside the town there is a nice castle, which you are able to see from the train. Hadleigh Castle is a ruined fortification, built in the XVIIIth century by Hubert The Burgh, the first Earl of Kent. The object has been destroyed mainly by landslides and subsidences. In the effect, the north-east tower has almost totally collapsed.

We back to London around 7 pm the next day. In my opinion, the Southend is a good place for a one-day trip to see the pier, enjoy the narrow-gauge railway, and view from the escarpment.