I had a good occasion to watch just a partial lunar eclipse from southeastern Poland  – my homeland, this time. The event, although very short, will be remembered probably forever. Before I will get to this point, I must start from the beginning and describe the overall total lunar eclipse of May 16th, 2022 circumstances (Pic. 1). 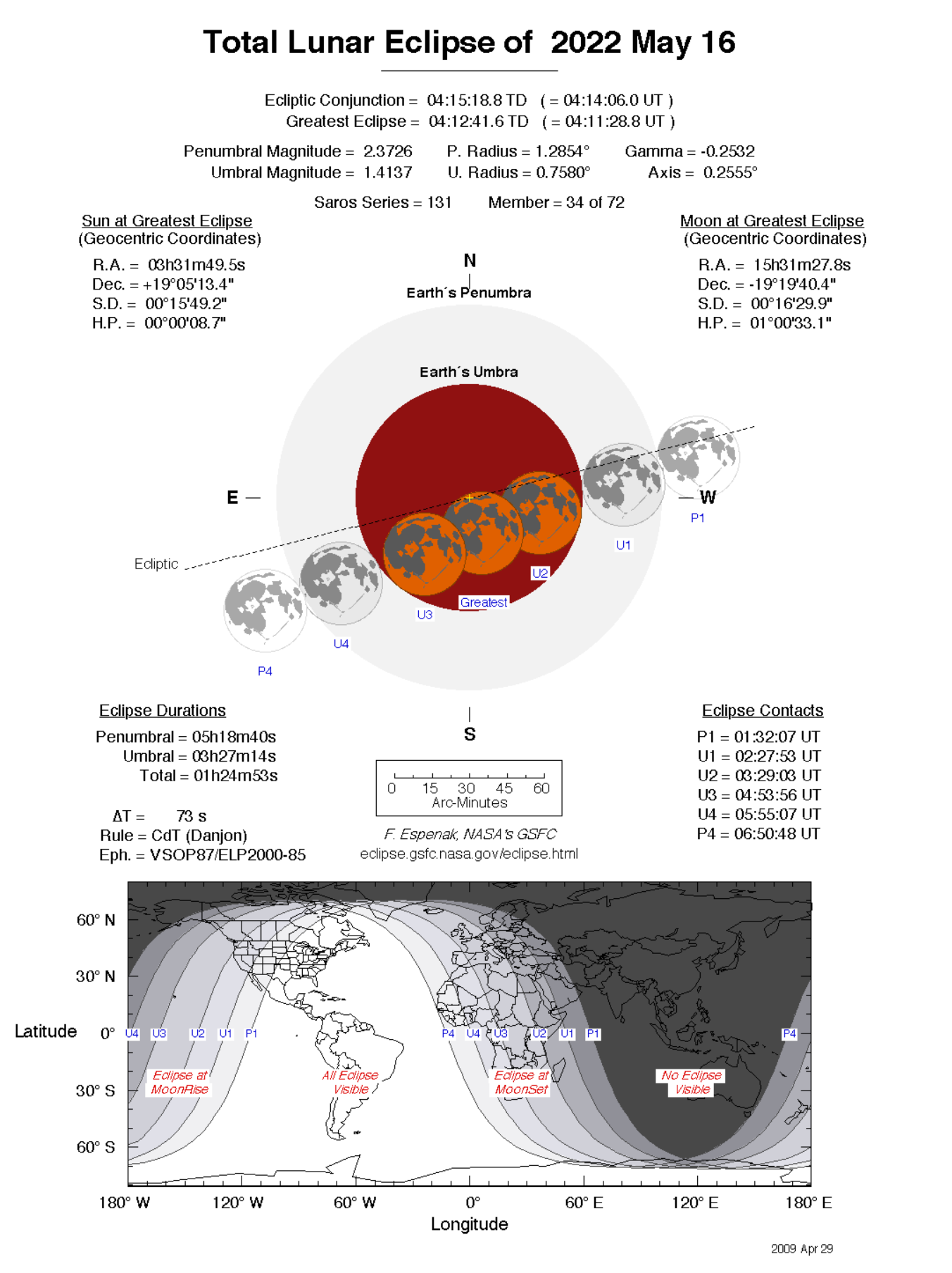 The lunar totality could be observed mainly in South America, where the Moon, located in the Libra constellation was admittedly quite close to the center of the Milky Way (Pic. 2). 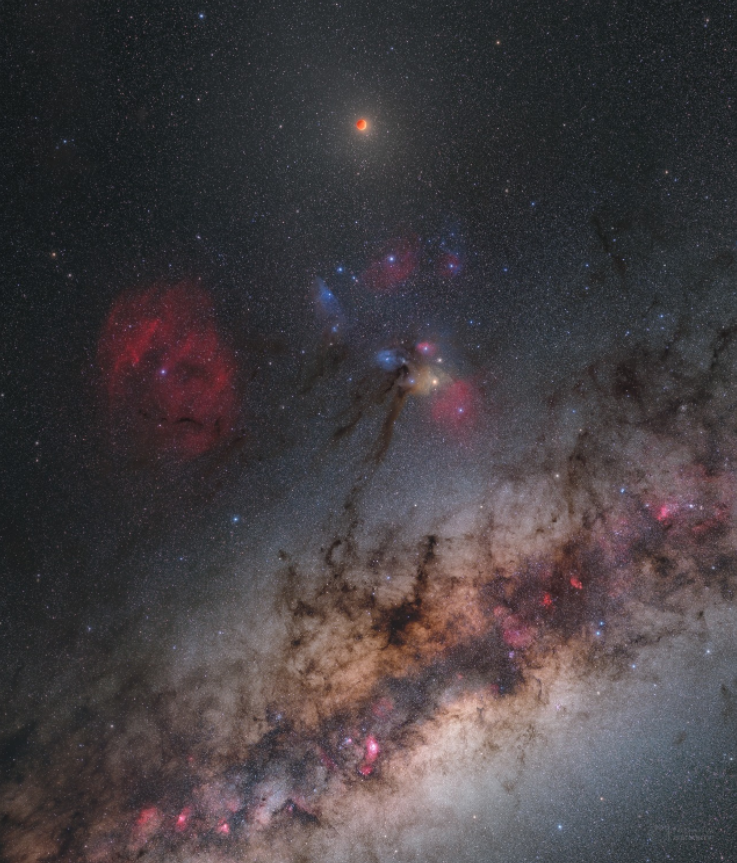 Pic. 2 Fully eclipsed Moon was observed quite nearby to the center of the Milky Way Galaxy from San Pedro de Atacama in Chile (Petr Horalek/Petr Horalek Photography).

The lunar eclipse visibility conditions were also quite well in most of North America and the westernmost part of Africa. In western Europe, the greatest phase occurred mostly at moonset. Central Europe was deprived of the total phase, so just a partial eclipse was the greatest observed, which magnitude depended on the certain location of the observer.
In southeastern Poland, the biggest magnitude was about 0.25 – 0.3 roughly at moonset (Pic. 3). 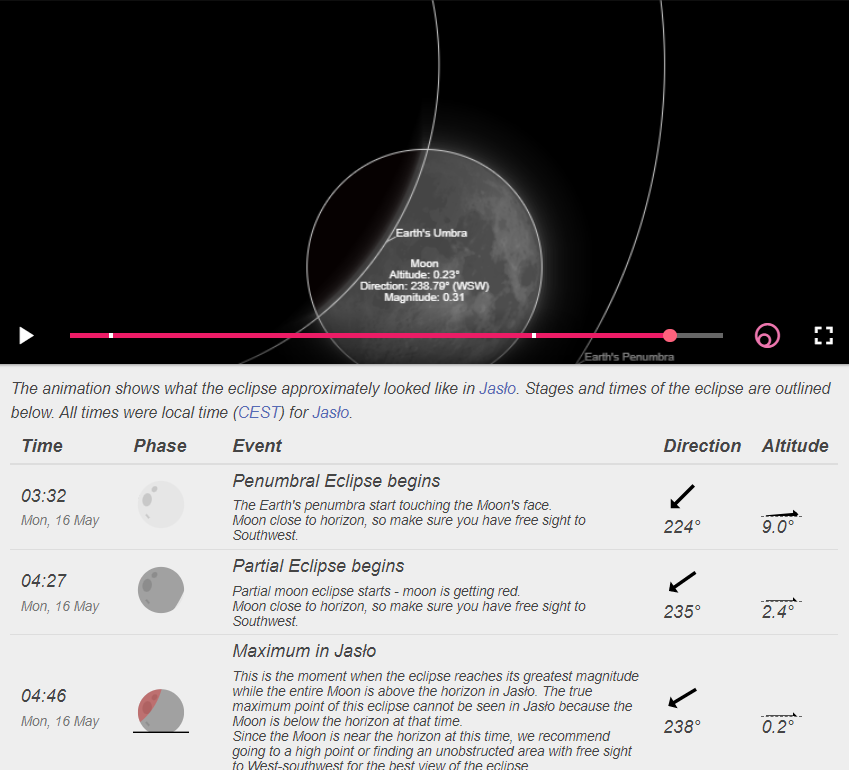 Pic. 3 The maximum magnitude of the partial lunar eclipse of May 16th, 2022 visible near Jaslo (Subcarpathia, Poland) grabbed from TimeandDate.com. 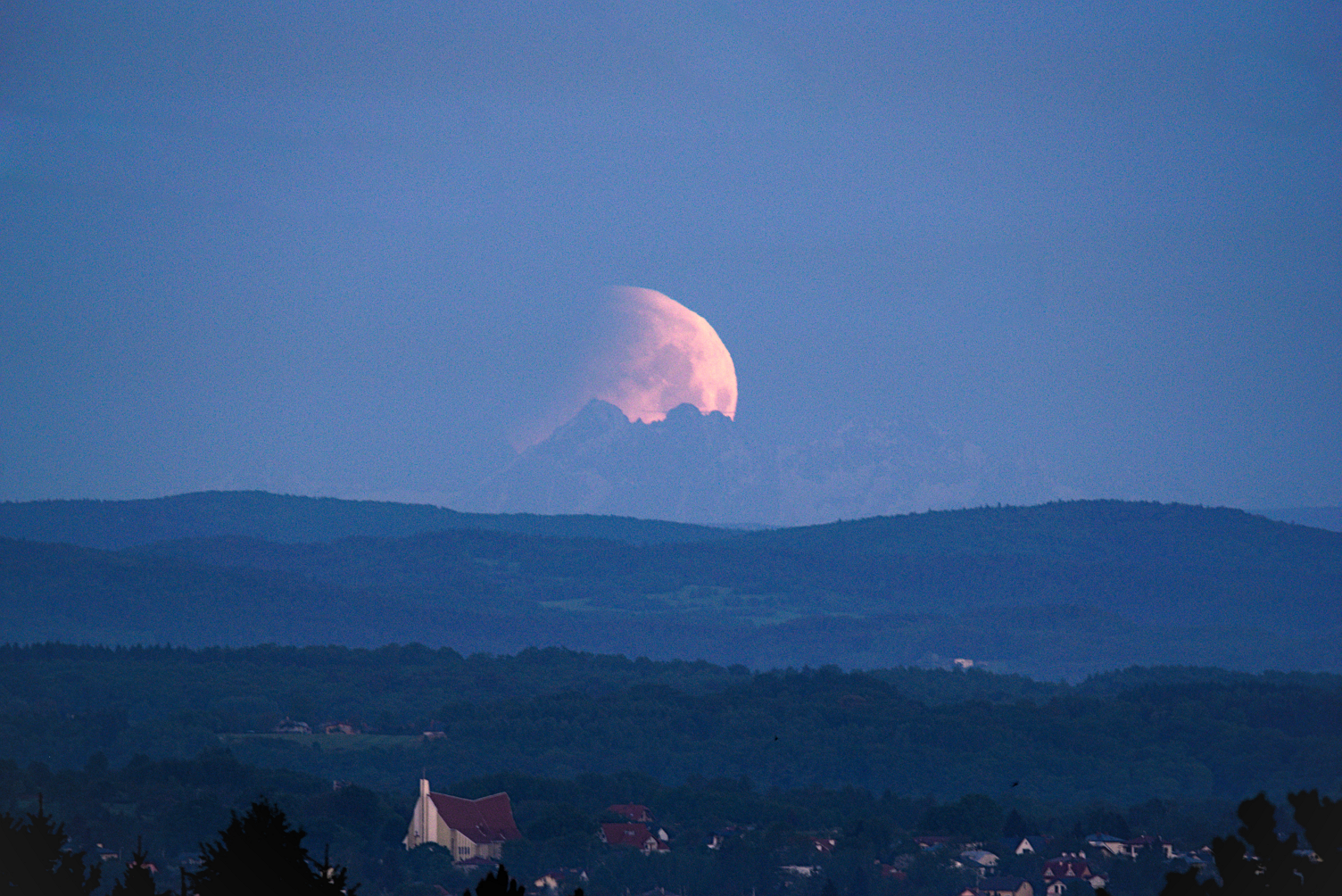 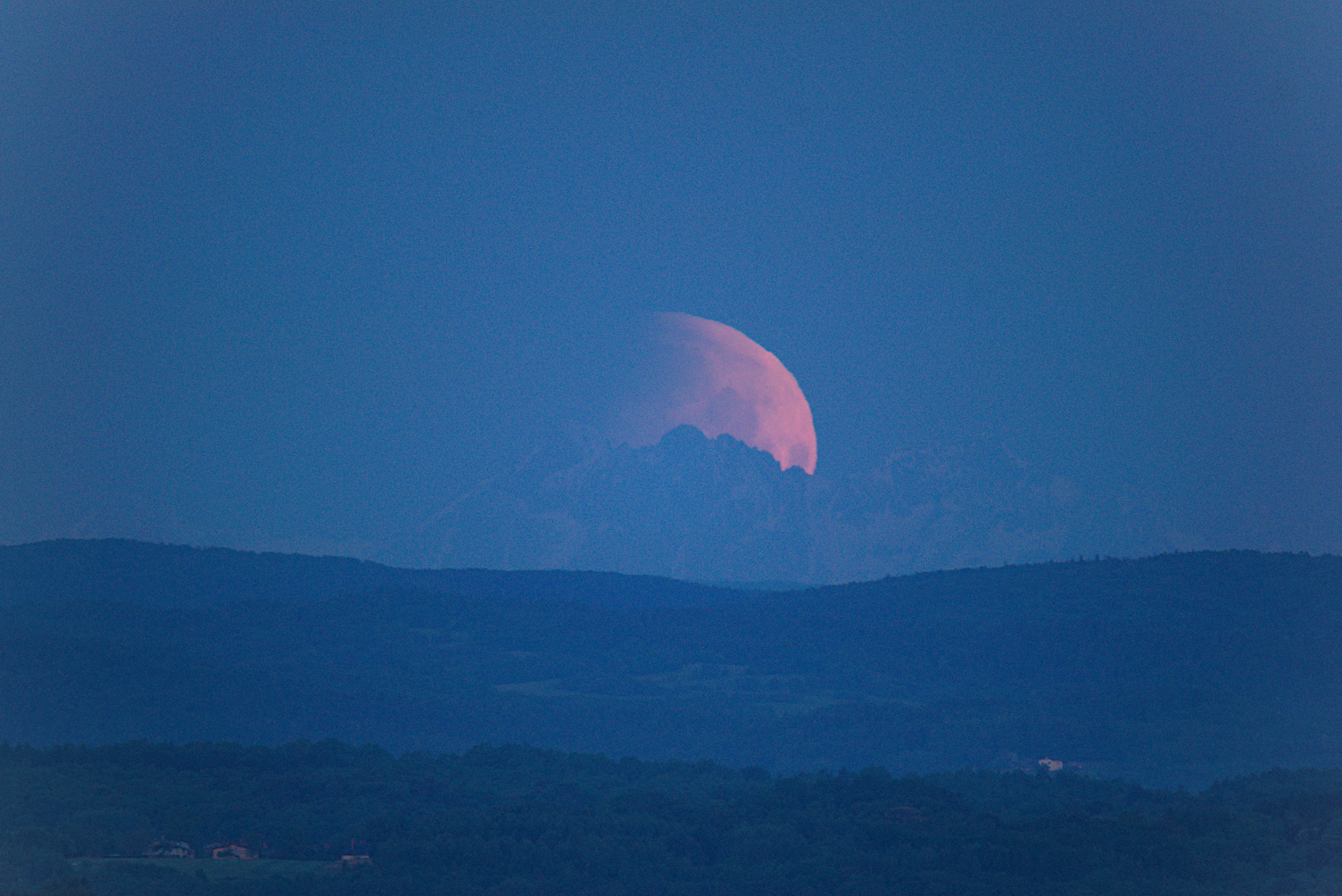 In fact, I was fortunate to witness the whole penumbral phase, but the best moment occurred at moonset, which took place beyond the Tatra Mountains backdrop located at a distance of about 115km. The eclipsed Moon is setting behind the Lomnica (Lomnický štít) and Foolish (Pyšný štít) Peaks, which build the main Tatra ridge in the High Tatras section located in Slovakia (Pic. 6).

Pic. 6 The simulation of moonset from the Cold Water (Zimna Woda) village near Jaslo town in southeastern Poland at 4:40 UTC+2 on May 16th, 2022 (Peakfinder.org).

Lomnica peak is the third-highest in the Tatra range and rises at 2632m.a.s.l. It’s quite recognizable because of the astronomical observatory, which stands at the highest-located hotel in Central Europe. Any observer even from a big distance can spot some smallish “dot” at the very top of this summit. When you are equipped with telephoto lenses or a telescope, this view is affordable even from about 200km! 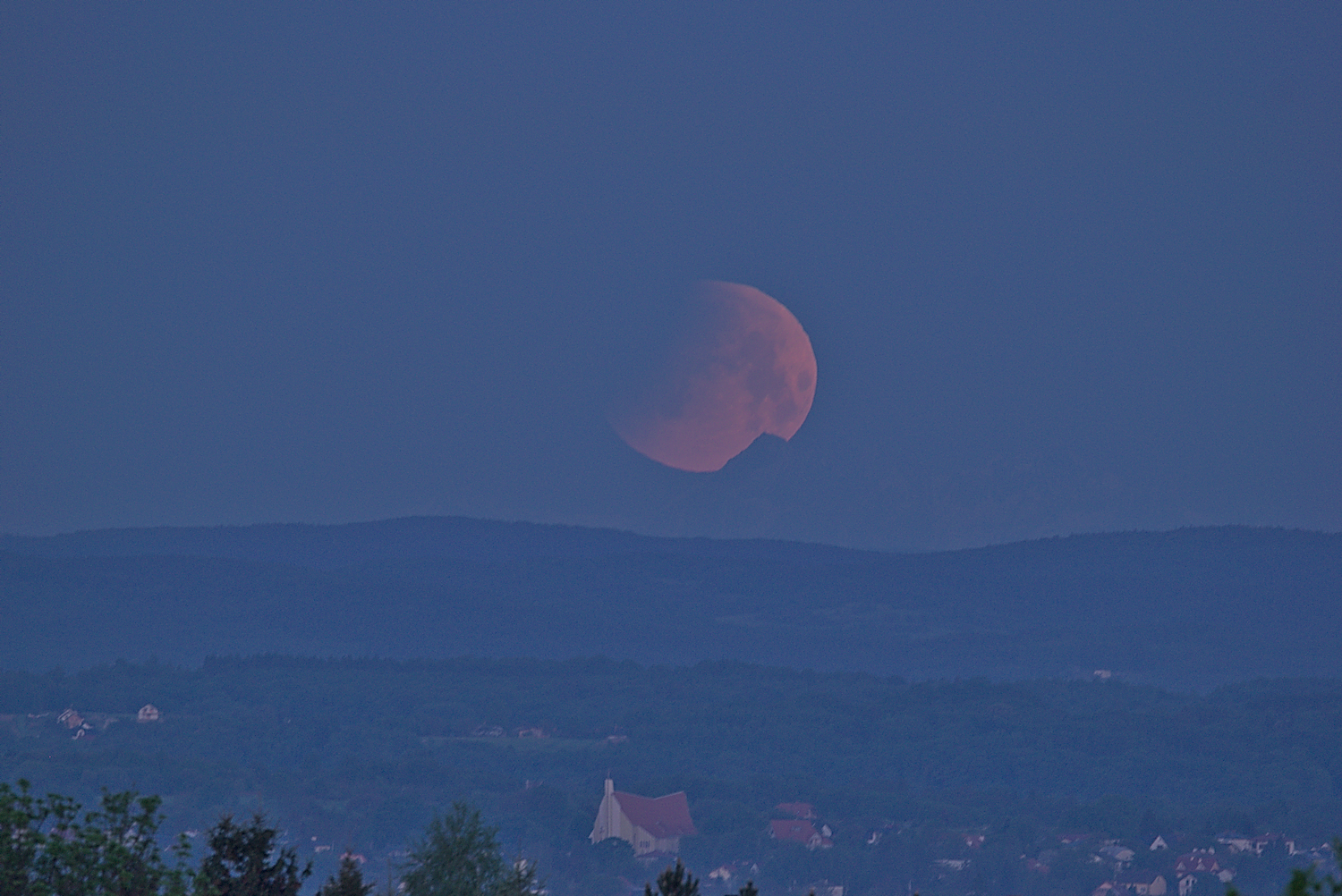 Pic. 7 Partially eclipsed moonset reaches the Lomnica Peak (Lomnický štít) in the High Tatras, in which top the highest hotel in Central Europe is located. By applying a telephoto lens we can recognize it by the “dot” at the summit.

Besides the eclipsed Moonset itself, I was able to capture the contrail produced by the BCS1LP cruise from Leipzig to Sofia, which was entering the Austrian airspace at that moment. The estimated distance to that plane was about 330km (Pic. 8)  which was at an altitude of 11280m above ground. 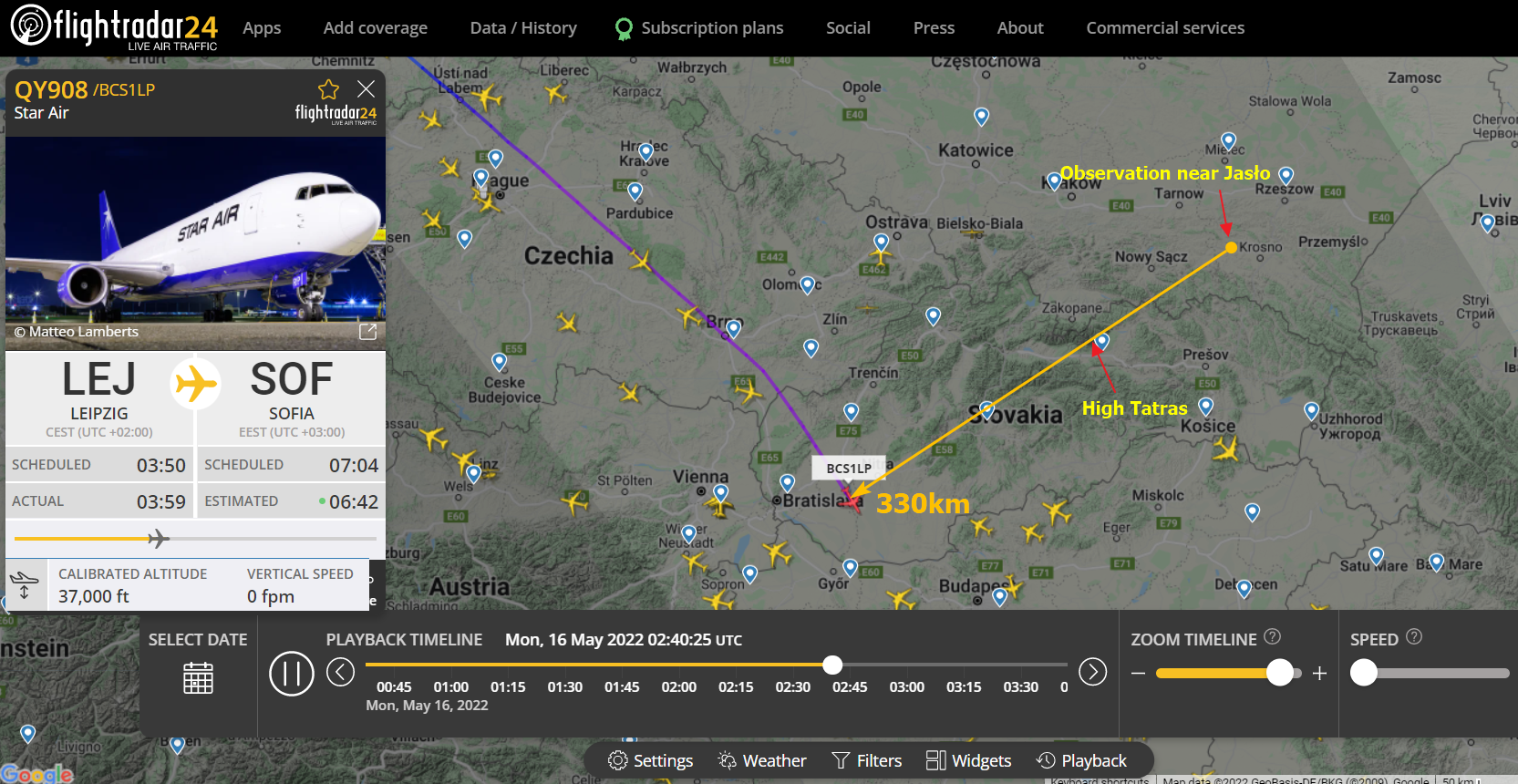 Pic. 8 The plane was captured at the eclipsed lunar disk from the Cold Water (Zimna Woda) village near Jaslo.

The moment of moonset was quite nervous not only because of a shortage of time for capturing a proper image but also due to a small group of boars, which passed my observation place just about 30m away (Pic. 16). Fortunately, I was located near the trunk road, quite often frequented by lorries in the early morning. I dread to think what could have happened if I set up just slightly further from this road! 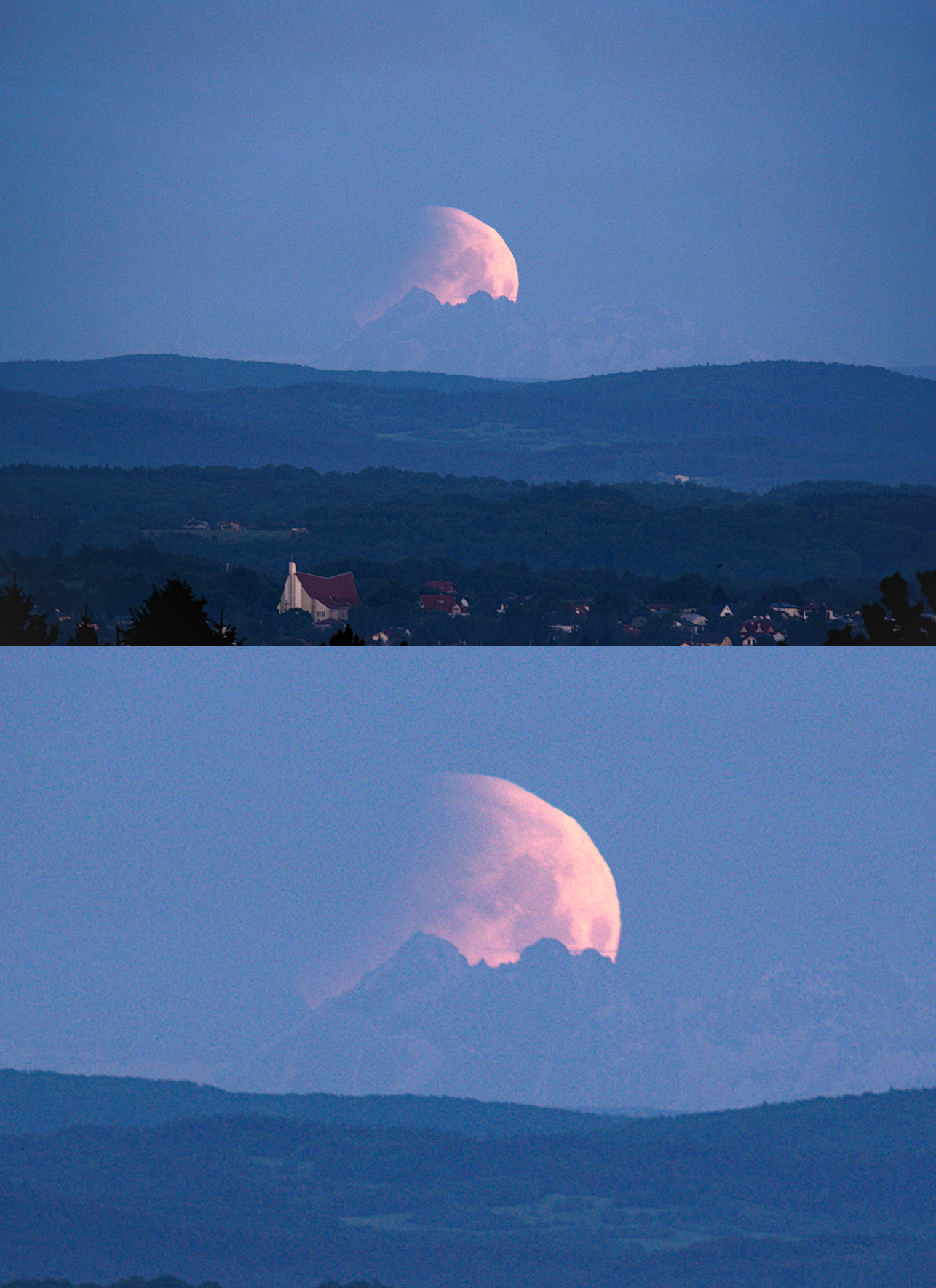 Pic. 9 The enlarged (cropped) view at eclipsed Moonset behind the Tatra mountains, on which disk the contrail of the BCS1LP cruise is visible.

The primary conclusion of this observation is, that I made the moment, when both no Moon and no Sun were visible, whereas the remote Tatra mountains were still not illuminated. It led me to the geometrical basis of particularly this lunar eclipse, which will be explained immediately in the text following this one.

For now, please enjoy some small galleries below. 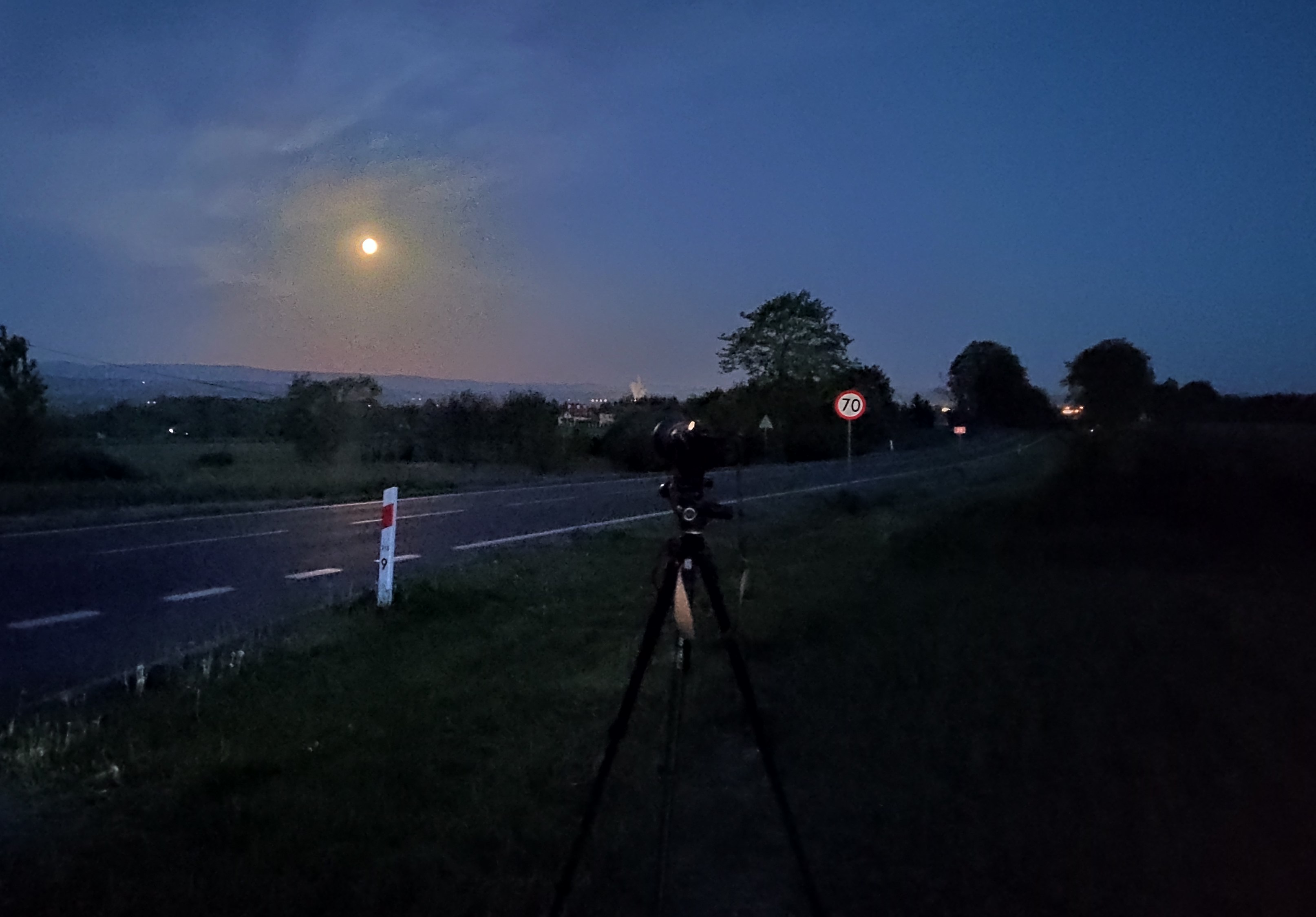 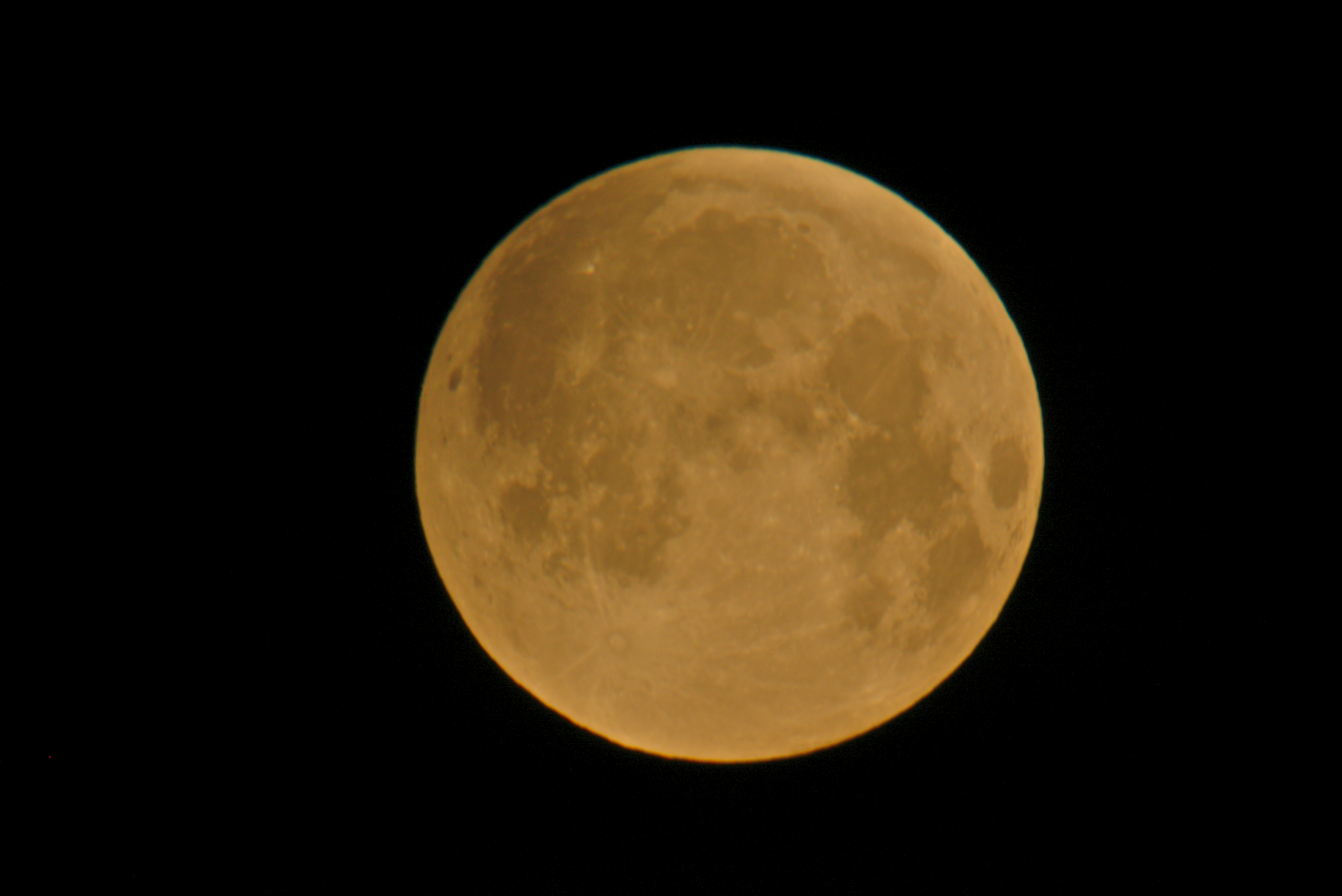 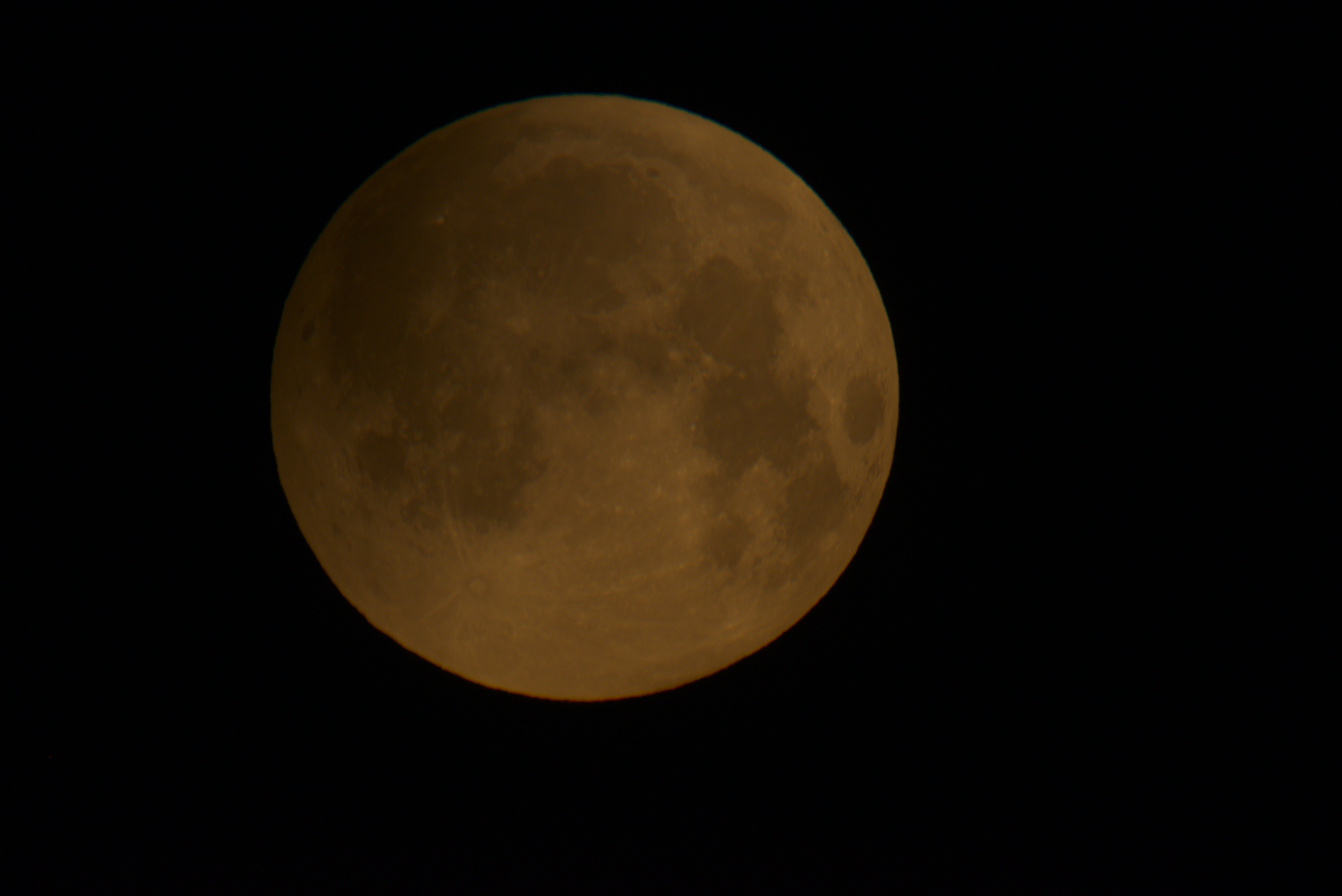 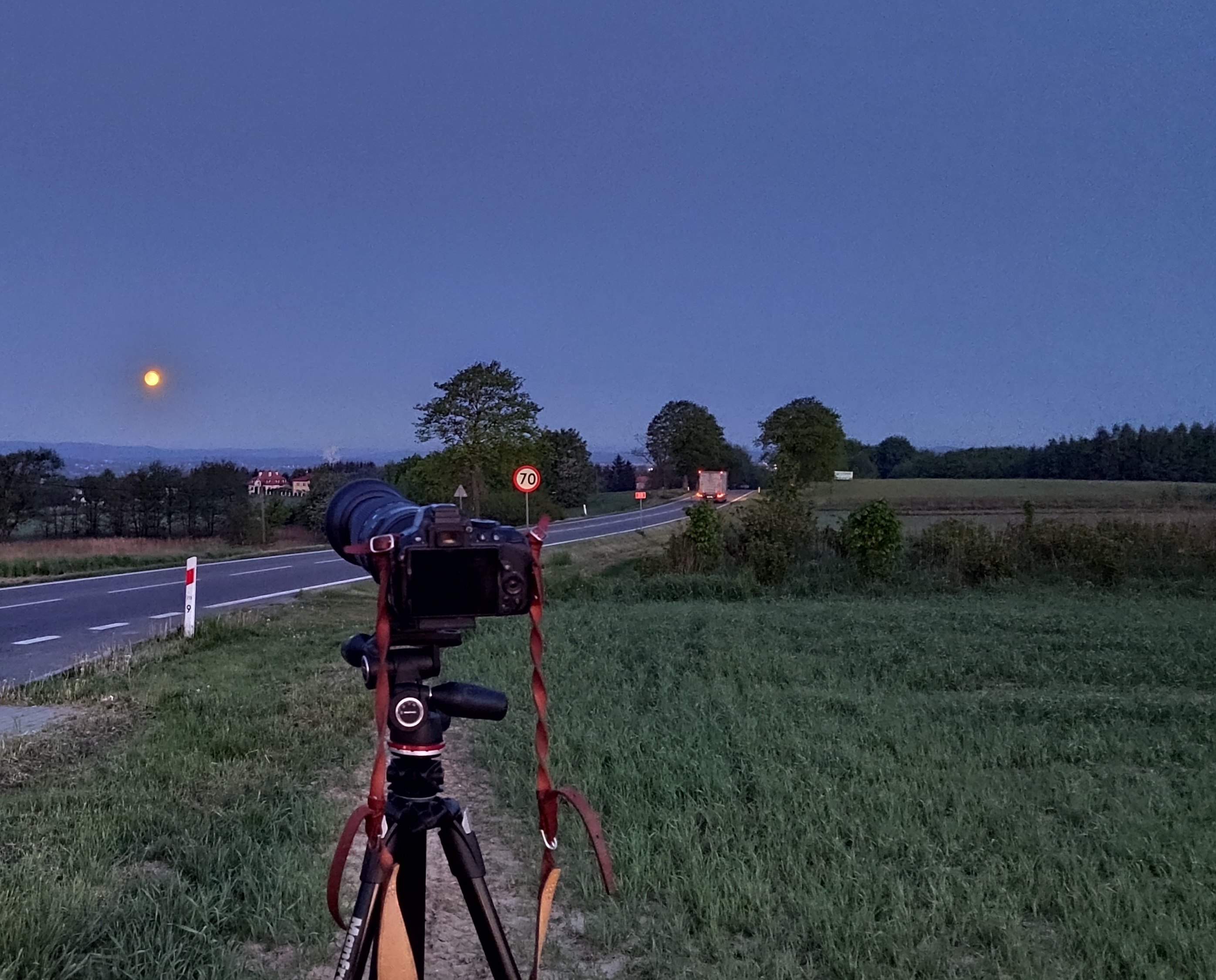 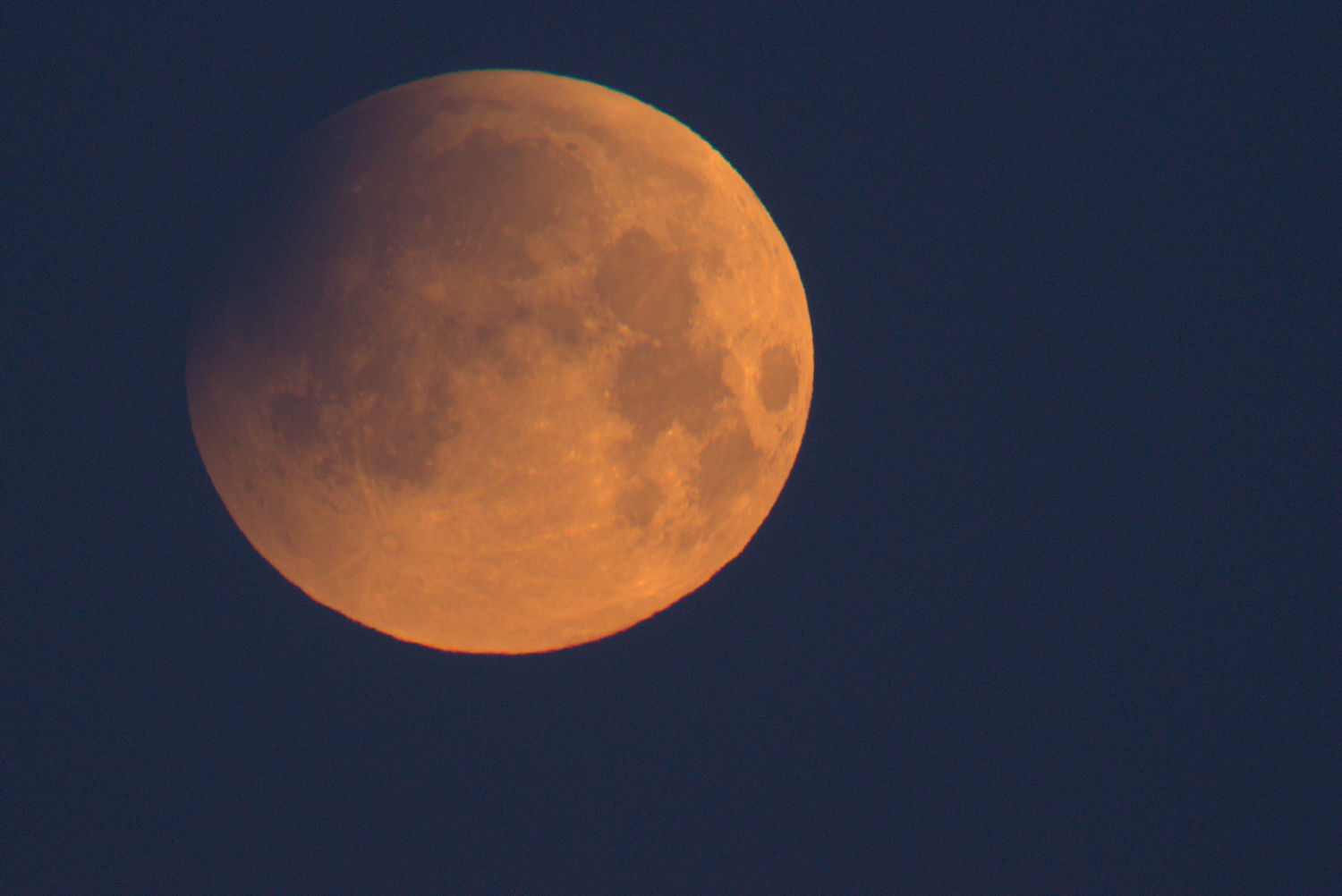 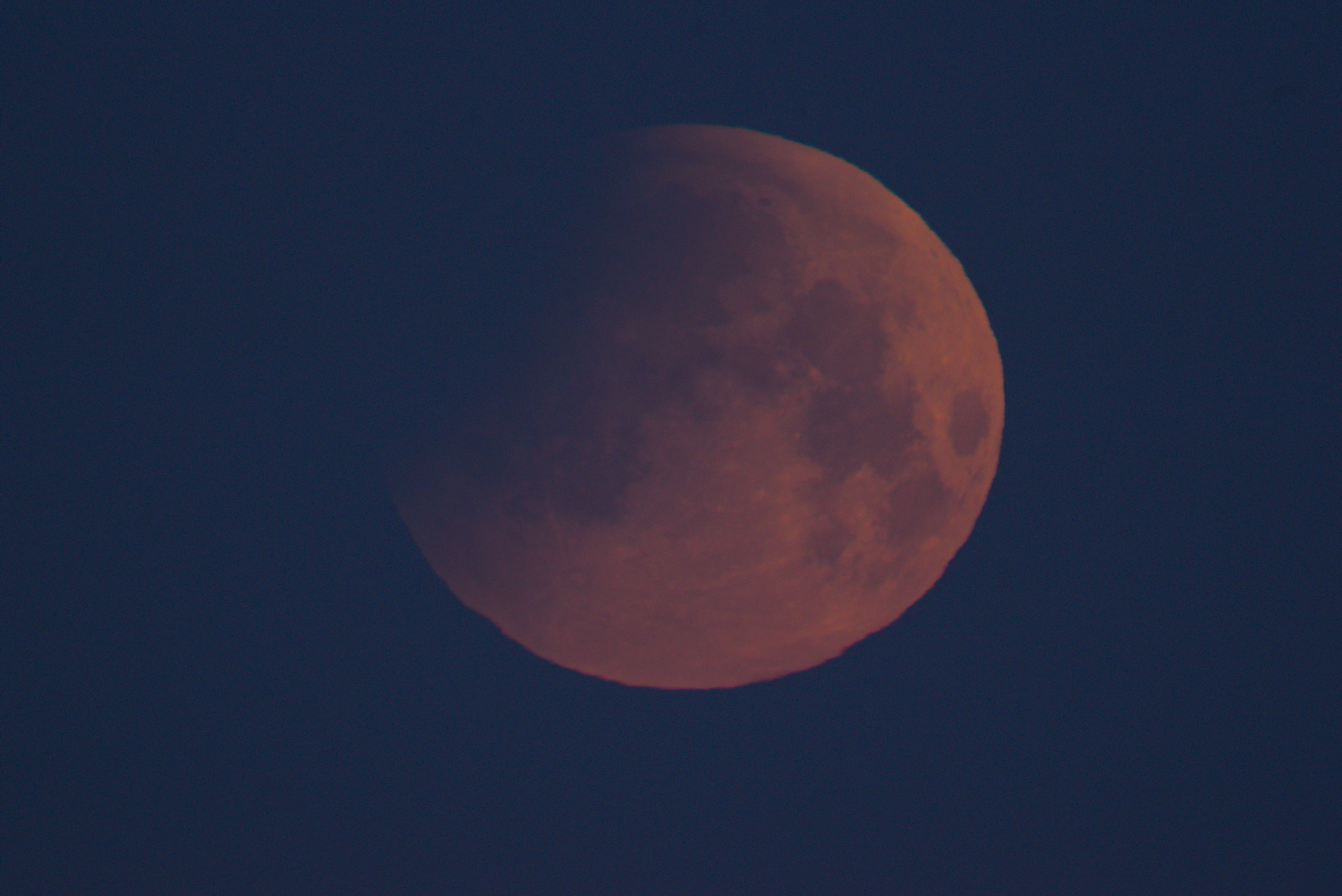 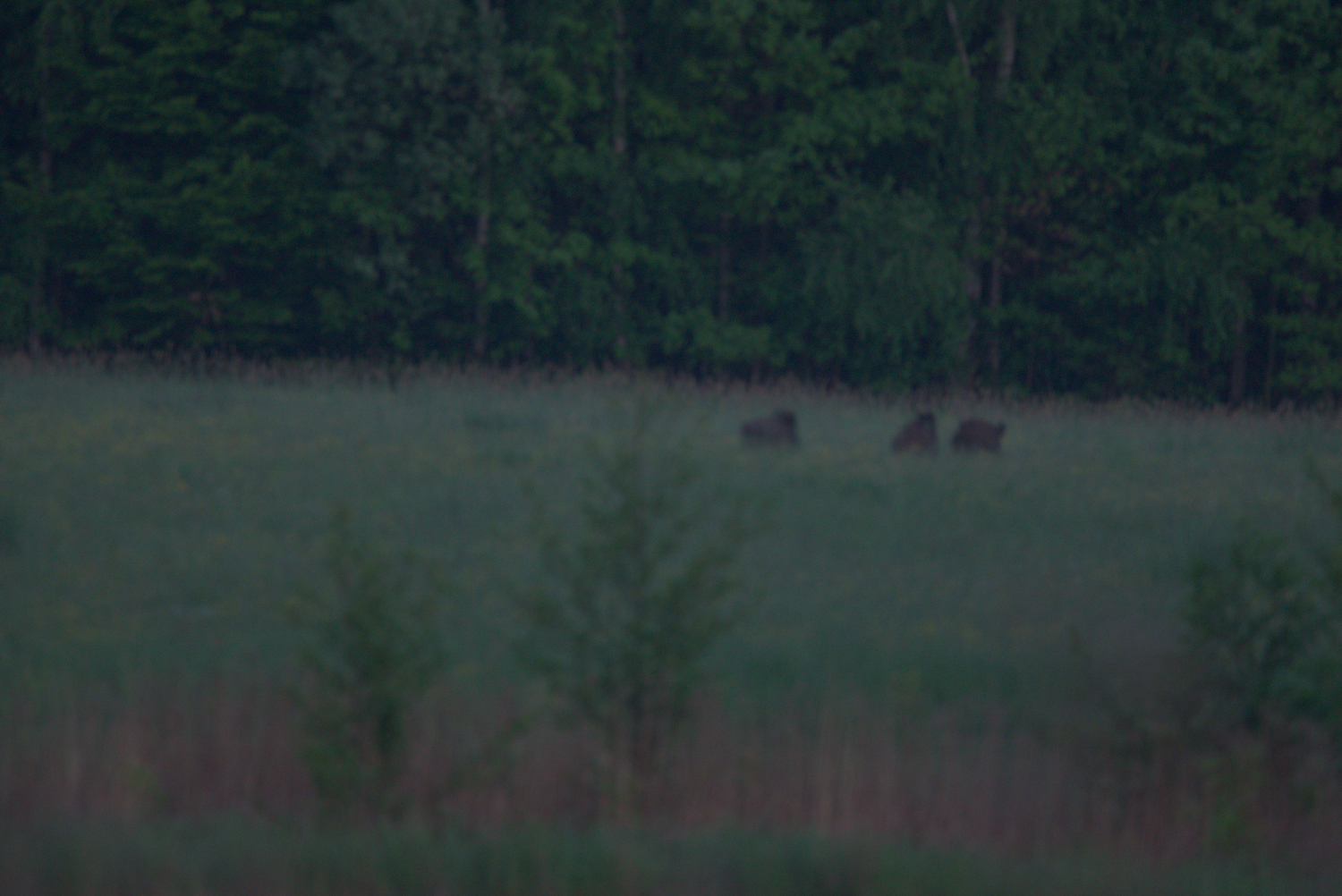 Pic. 16 The group of bores, almost disturbed the observation just 2 minutes before the moonset! 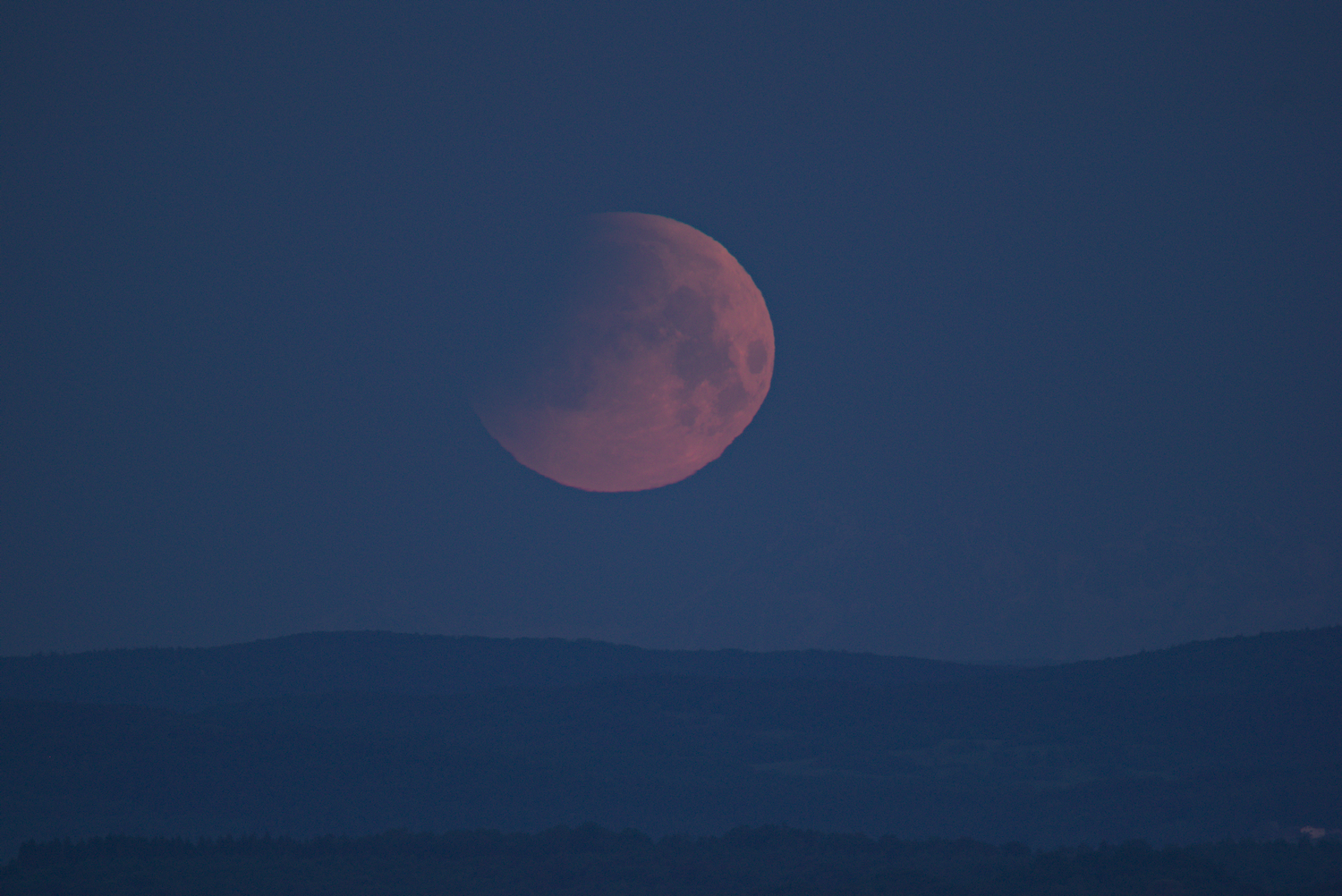 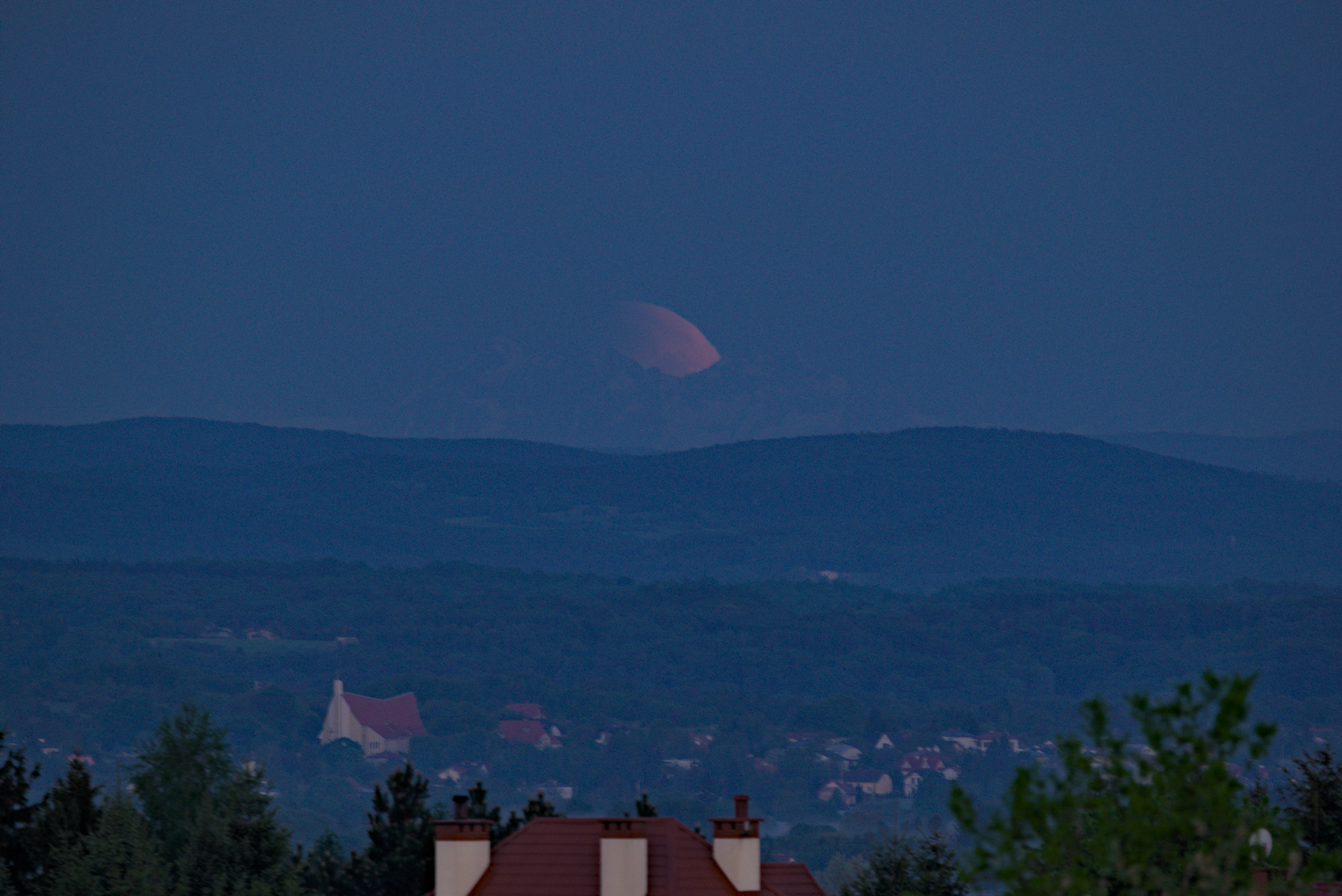 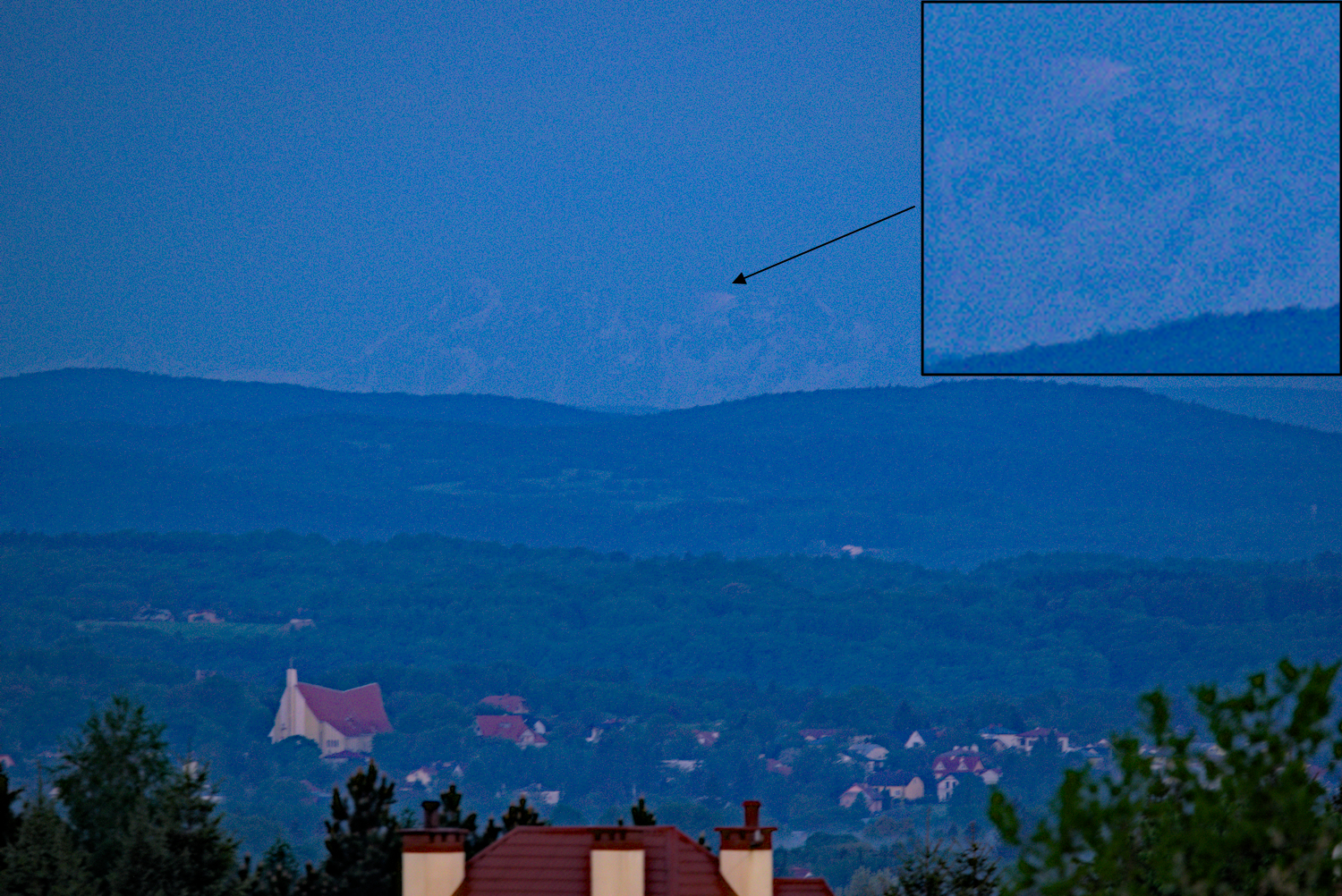 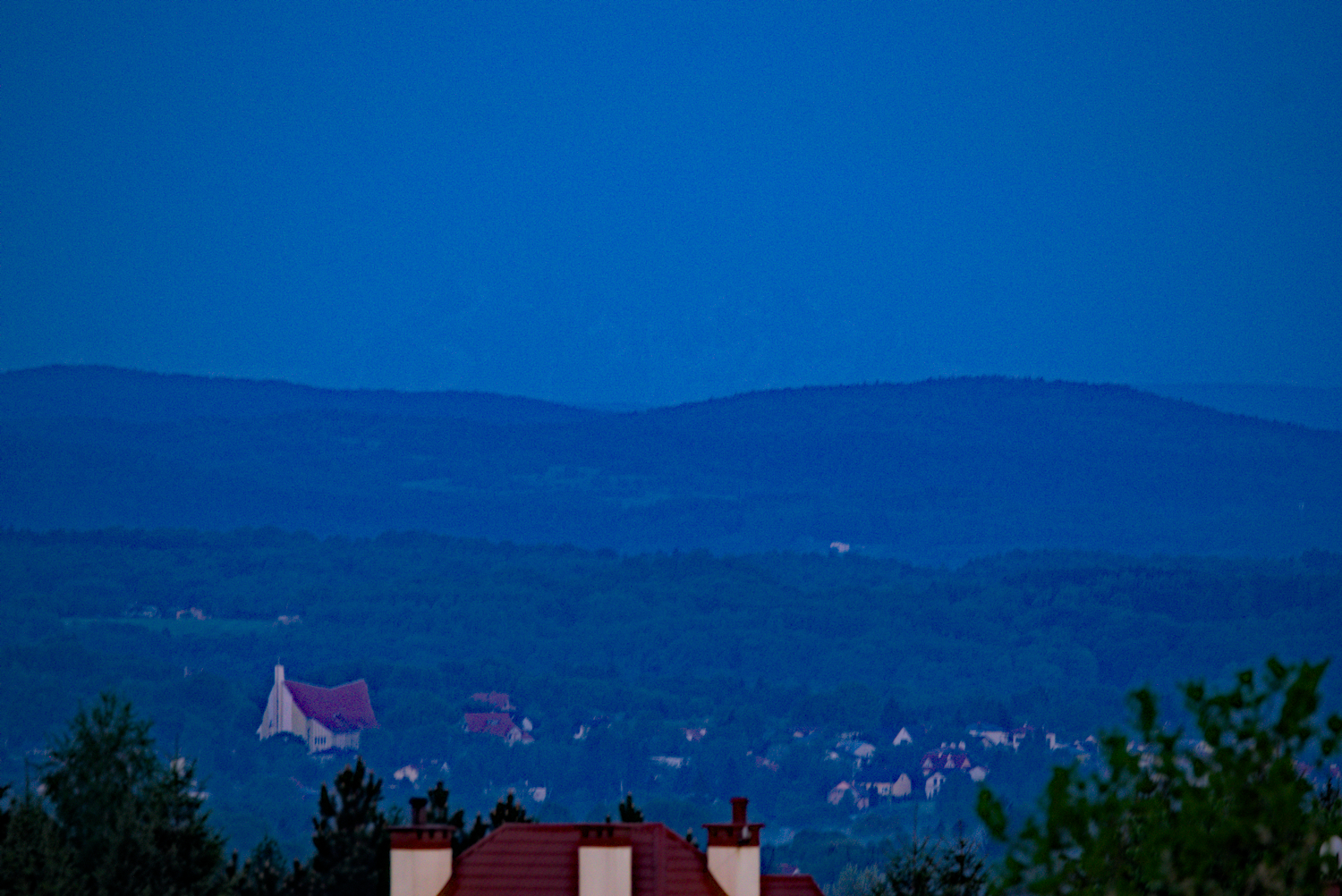 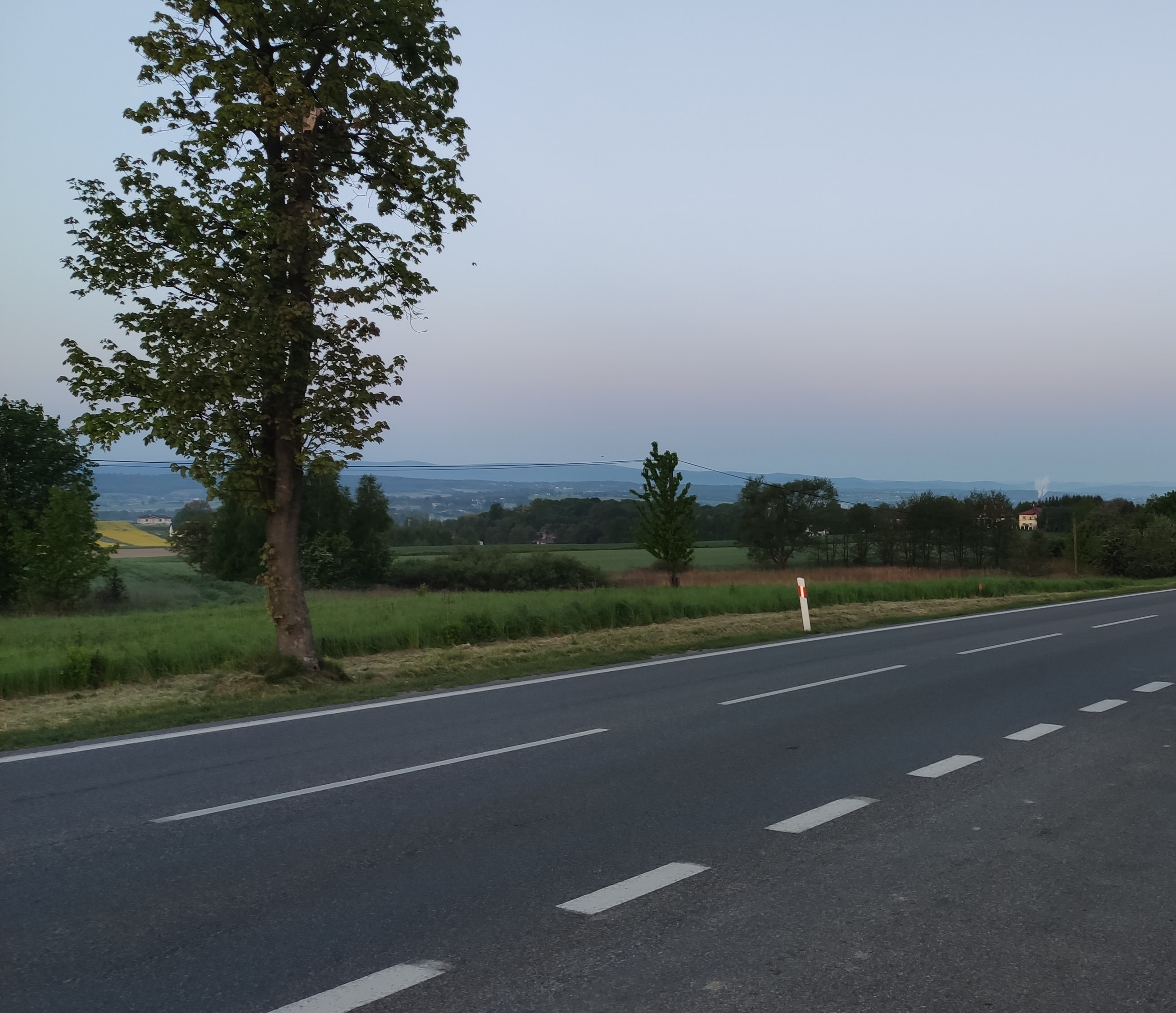 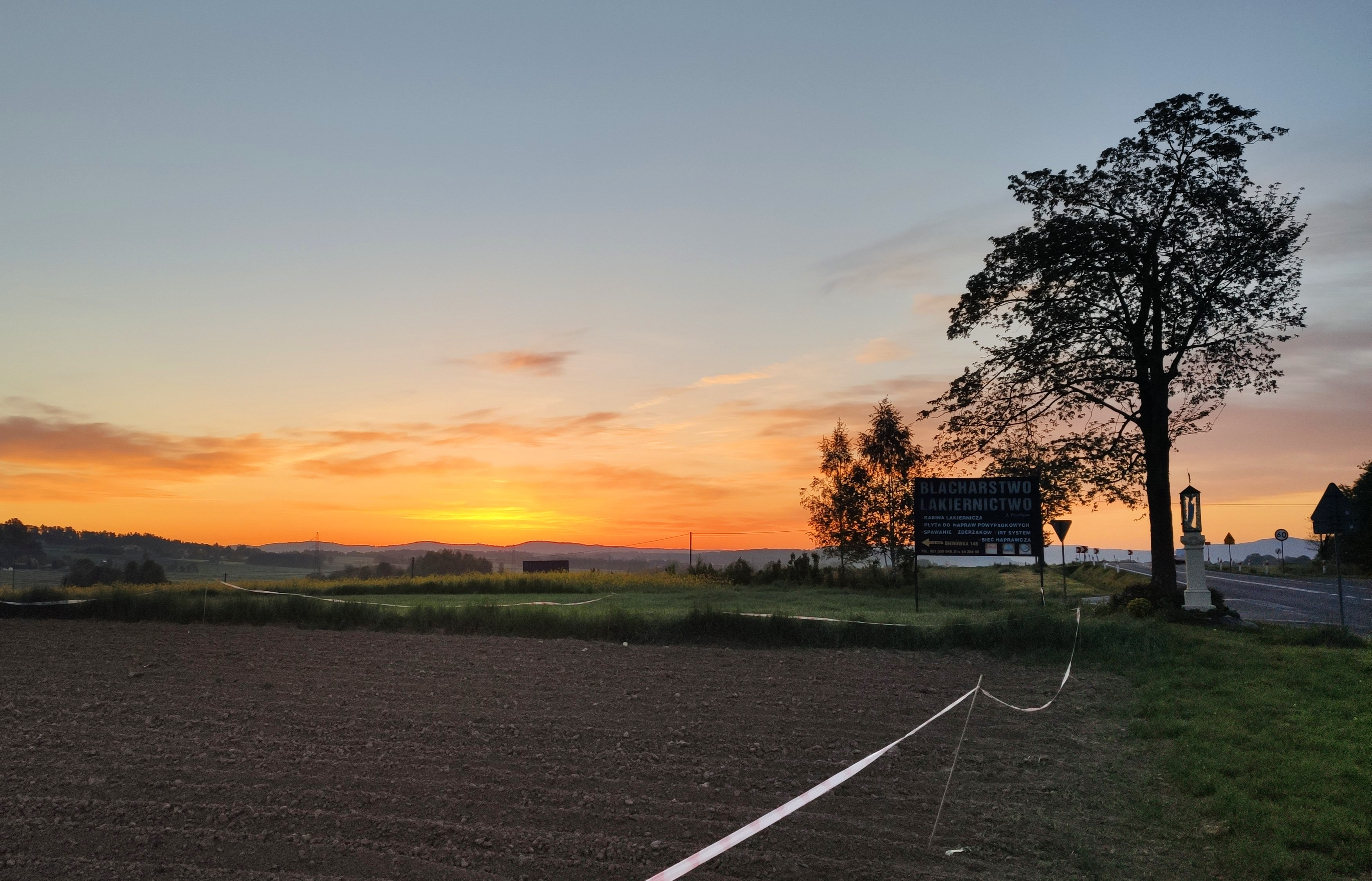 Pic. 22 View in opposite direction, still no sunrise at the observation venue.

Pic. 23 The Trunk Road no 28 (DK28) between Krosno and Jaslo in the Cold Water (Zimna Woda) village.