ISS transit across the Sun & Moon

Posted by Krukarius on 18 September 2017 0 Comments

International Space Station (ISS) is a habitable artificial satellite in low Earth orbit. This is the largest human-made body in low Earth orbit. The width of ISS is 108.5 m and its length is 72.8 m. It orbits about 400 kilometers above the planet so it can often be seen with the naked eye from Earth.
Aside from the Flight Dynamics Officers in NASA Mission Control Center, which uses sophisticated computer software to predict when and where the ISS will be visible to people on the ground, there is software, which allows you to track the ISS across the Moon’s and Solar disk.

My colleague Bartosz Wojczyński, a member of the Polish Society of Amateur Astronomers (PTMA) created an excellent web application designed to aid in planning the observations of lunar and solar transits of the International Space Station (ISS). To learn more click here.

To plan the observation of ISS transit across the Moon or Sun you need to set 3 basic elements: your location, time span of calculation, and preferred travel distance (pic. 1). You need to visit this website to read more about how to use it. I will give more examples of the ISS transit finder maps below: Pic. 2. The solar transit, that is to be seen on Monday, 16th October between Kraków and Olkusz (transit-finder.com). Pic. 4 The solar and lunar transits seen across Poland are calculated for a long period (transit-finder.com).

In the pictures above you can see many lunar and solar ISS transits. As you may have noticed some of the paths are very narrow, and other ones are quite a width. It depends on the altitude of the Sun or Moon. Usually, when Sun is closer to the horizon, the transiting ISS is further from the observer and the occurrence takes accordingly longer above the wider area. The International Space Station is around 400 km above the observer when near the zenith. Once ISS is closer to the horizon is relatively further from the observer, hence the transit takes longer. You can set your equipment in a random position inside the path. Depending on your location ISS will cross a different part of the solar or lunar disk (pic. 12). There is relevant information to manage those observations correctly because the transit ISS across the Sun or Moon usually lasts around only a few seconds. It may occur a maximum of twice from your location in the span of around 90 minutes (ISS orbit period).

See the picture examples below: 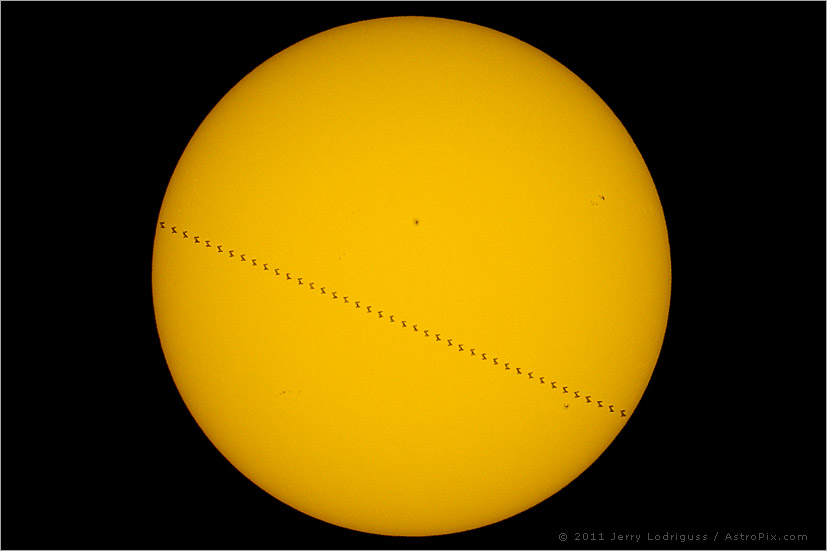 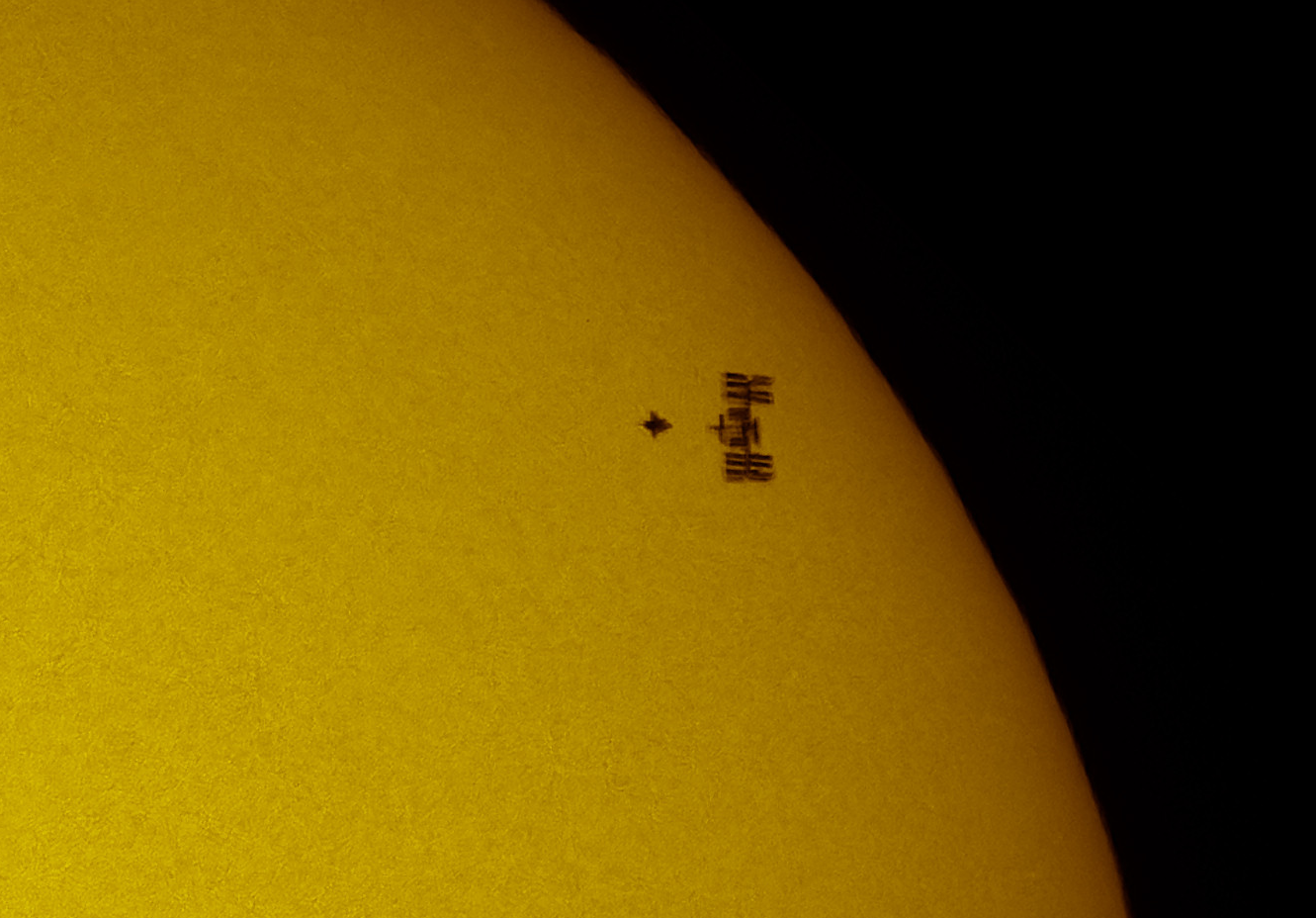 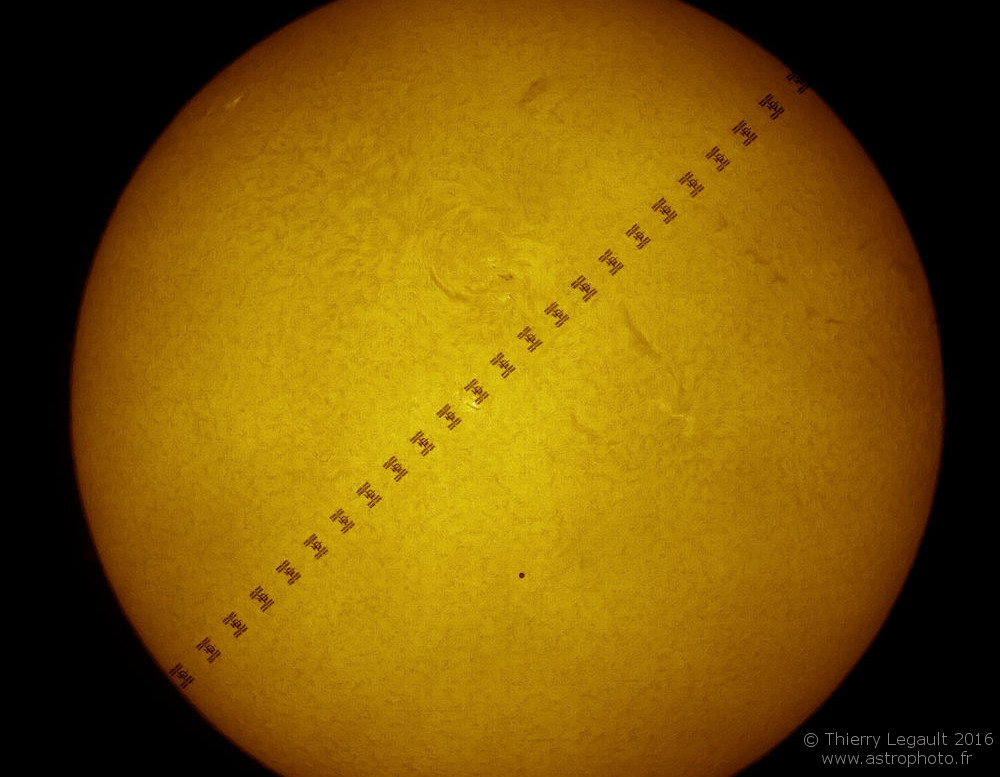 Very nice pictures have been taken during the Great American solar eclipse when the ISS transit occurred with nearly 30% partial phase. 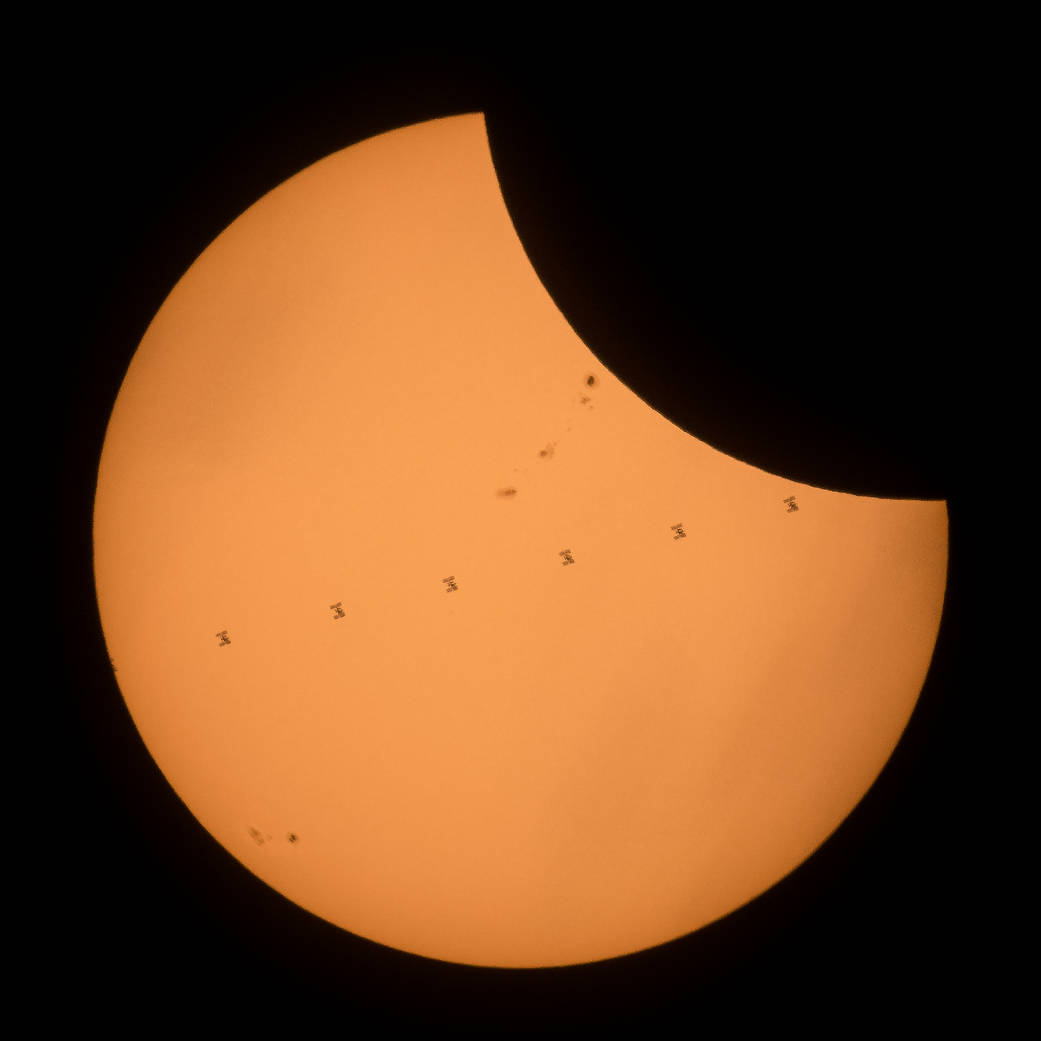 Now see the example, when ISS transit may occur twice above some locations: 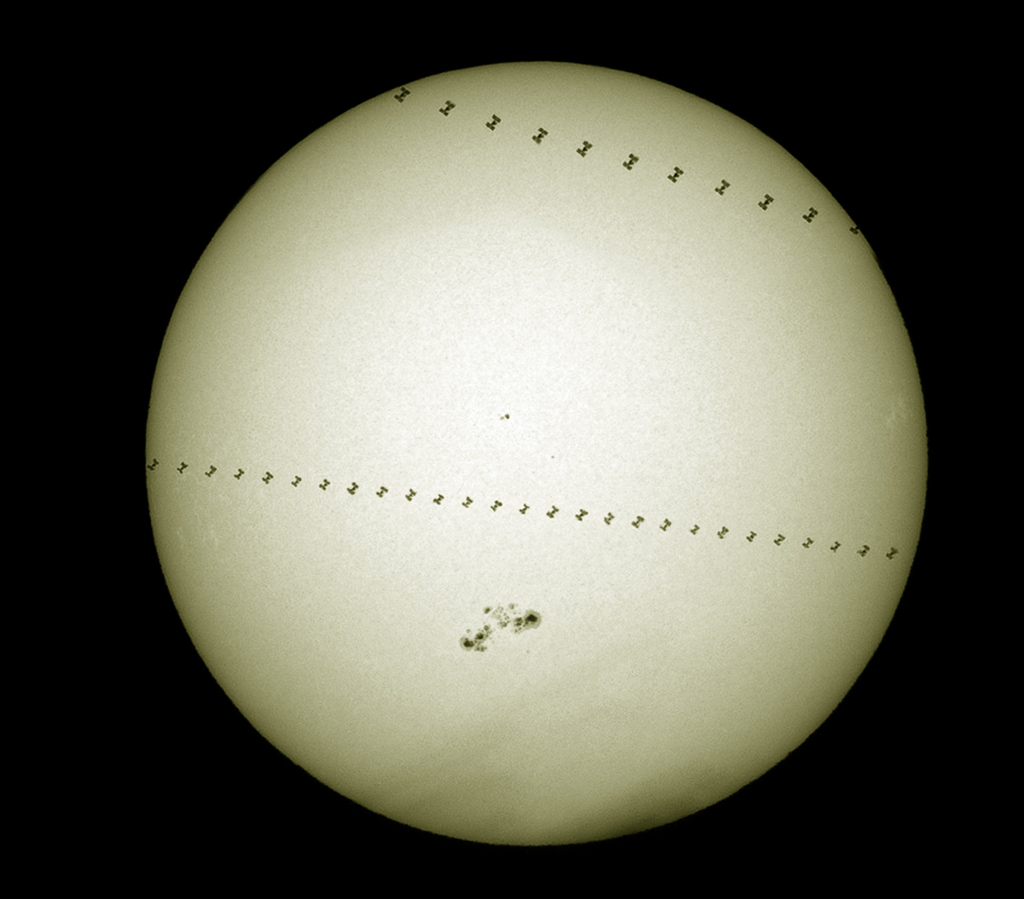 ISS transit occurs usually on a narrow path. As I said before depending on your location within the path the ISS will cross a different part of the solar or lunar disk. Due to the narrow path, the difference in transit is clearly visible even at short distances. I am giving a live example below, where my colleague Bartosz Wojczyński with his friend captured the ISS lunar transit in the 550 m distance.